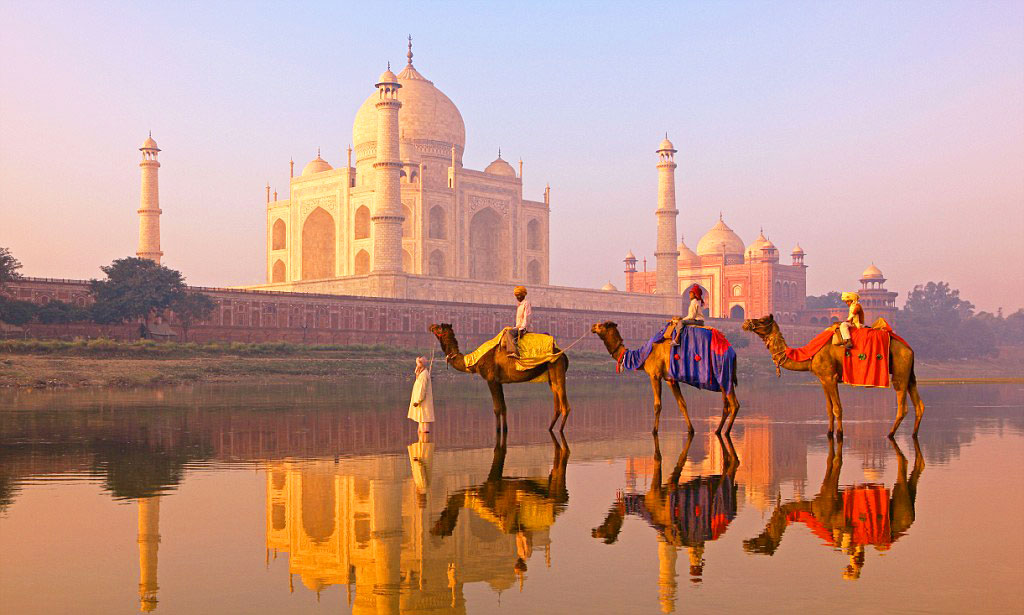 The magnificent street of Delhi, Shahjan extreme love in Taj Mahal, and the royal history in Jaipur are covered by the India golden triangle tour.  The Golden Triangle tour is presented with significant buildings that hold as a supreme symbol of Indian royal heritage. Apart from prestigious heritage sites, this tour embraces the worldwide travelers with its vibrant culture of the area. Therefore, the Golden Triangle Tour India is a journey to explore the true glory of India.

What Is The Path Of The Golden Triangle Tour India?

The tour begins from Delhi, move forward to Agra, and the last destination is Jaipur city. These three destinations are at approximately 250 kilometers from each other. The transport is always available between these cities or for these cities. Bus train and air servies run in these destinations. Elegance and landscape is something which is common in these places. The glory of these cities is the only thing which attracts visitors from various space of the globe.

Delhi is the capital of India and this is the first destination of Golden Triangle India. This is not only a city but a hub for celebrations. The city is known for its hustle bustled streets flooded with people every time and diversity in cuisine. One reason for diversity in Delhi is its mixture of people comes from different areas. This is one of the largest and crowded metropolitan city of India. The thing which made it rare is instead of its modern culture and busy life it maintains its glory of history. The history can still be seen perfectly through India golden triangle tour in terms of heritage sites.

Best Places To visit In Delhi

The city of Delhi consists of two UNESCO World Heritage Sites named As Qutub Minar and Humayun’s tomb. The Golden Triangle India covers these heritage sites to show visitors from different part of the globe our true India. The Qutub Minar was established in the initial years of the 13th century. This is basically a minaret made up of Red sandstone having an elevation of 73 meters. On the other hand, Humayun Tomb is a tomb of a great Mughal ruler named as Humayun. It was constructed in the time period between 1565 to 1570 A.D.andThe tomb was the choice of the Humayun first and most loved begum. It is sketched by Mirak Mirza Ghiyas and his beloved boy. These Two heritage sites make the Golden triangle tour more marvelous.

The Red Fort Is situated in old Delhi and one of the ancient forts in India. This is made up of Red Sandstones and got fame since the Mughal ruling period. It was established for one of the famous Mughal Emperors named as Shahjahanabad. The beauty of fine Red Sandstone catches every eye.

The India Golden triangle tour comprises Lotus temple which is based on the “Bahai Religion”. The appearance of a lotus is given to it which is the reason behind its name. People visit here to find peace. They can sit there for a while and can even listen to their heartbeat. No restriction is placed here for any religious people. To find such a peaceful place in the city of hustle bustle is a must have experience. This place is considered as one of the most tranquil places in India. The temple is situated near Kalkaji Temple.

In the list of Golden triangle tour, India Akshardham Temple is dedicated to God Swaminarayan. Bhagwan Swaminarayan was the person who got enlightenment in his life by living behind all the things of the world. The temple resembles the biblical history, religion, traditions, and construction at their excellence. The thing which attracts the end number of travelers here is its one-hour Neelkant movie and Fountain show at night.

The Jama Masjid in Golden triangle India is considered as the largest mosque of India. The Masjid is located in Old Delhi in the crowd of Chandni Chowk entrance. Several Muslim religion followers come here to read “Namaj” on special occasions. The actual beauty of this Masjid can be seen on the occasion of the Eid festival. It is decorated with extreme charm. The landscape is really wide.

Raj Ghat is situated at the edge of Yamuna River. This is the place where a memorial of the father of the Nation Mahatma Gandhi is located. Mahatma Gandhi is a very strong figure in the history of Indian independence. People recognize Mahatma Gandhi for its extraordinary role in the creation of the Indian nation. You can say this is a tribute for their sacrifices.

Agra is a marvelous city which was earlier known as extremely strong states of the Mughal empire. The pictures of the Mughal period still can be felt by splendid buildings holding theirs for years.

Places To visit in Agra

Taj Mahal is counted in the Seven Wonders of the world. This structure made up of white marbles is the true resemblance of love. The India Golden Triangle Tour perfectly explains the Shajahan love for his Begum Mumtaz Mahal. The Mughal art and crafts can be seen in the walls of this monument. It is also listed in UNESCO world heritage sites.

Here too the India golden triangle tour will show three heritage sites first is Taj Mahal and another one is Agra Fort. This structure was built during the Mughal period. It is assumed that the fort construction started in 1565 AD through Akbar but later on the complete finishing was done by Shahjahan who is his grandson.

This is the city of victory in Agra. This is also recognized as the Capital city at the time of the Mughal period.This is for 10 years of the time period. It was established by the Akbar while 16th century. The place is filled with several buildings and religious places which are quite identical.it is also named in UNESCO world heritage sites.

Jaipur is the capital city of Rajasthan and the final place in the India Golden Triangle Tour. The city is famous for the feel of luxury in the air. The richness can be seen in its palaces, forts, hotels, and resorts. Apart from that, it is also maintaining the tradition. To experience the true happiness complete Golden triangle India. This Jaipur journey is a mix of traditional cuisines, clothing, shopping and heritage sites.

Best Places To Visit In Jaipur

This is a charming palace which was established between 1729 and 1732. It was constructed at the order of Maharaja Sawai Jai Singh II. The other thing which made it Nobel is the blend of Rajput, Mughal and European art. The popular palaces are Chandra Mahal and Mubarak Mahal.

Golden Triangle India covers Hawa Mahal which is also recognized as Palace of winds. The Hawa Mahal is five-floor structure and constructed at the will of Maharaja Sawai Pratap Singh in the 18th century. This is filled with lots of windows seems like a bee home. It was made for the queens to hide them from trespassers.

The fort is situated a few km distances from Jaipur.This is one of the ancient forts of India. The outside beauty is quite dismantled but inside glory is as it is. The sheesh Mahal, Sukh Mahal, Diwan-e-aam are the Buildings like Sheesh Mahal, Sukh Mahal, Diwan-e-Aam is the essential part. Some other appealing places of Jaipur involve Jaigarh Fort, Jaipur Jantar Mantar observatory, shopping destinations, and Museum, etc.

How Many Days  Are Needed For Golden Triangle India Tour Packages?

The Golden Triangle tour packages India requires at least 4 days. Because less than that may end up in losing journey to one of the places. It is up to travelers how many days they have to spend. For the best journey, 8 to 9 days is a must.

How To Draft Your Journey To  Golden Triangle Tour India?

This is the most demanding journey among travelers. Ultimately there is end number of travel operators selling Golden triangle India Tour Packages. They can plan a trip for you according to your budget and the number of days. Choosing the right travel agent is the first thing to complete Golden Triangle India in a joyful way. Must check the expertise of the travel company.it should be government registered. Before planning must check the best time to head on for the journey. It should be between October to April.